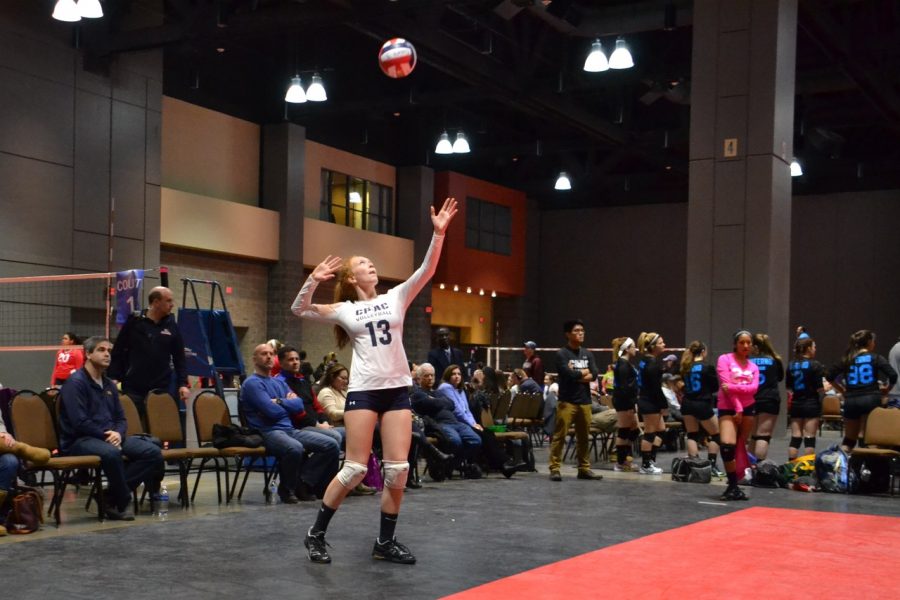 Shannon Kelly can be an imposing sight from across the volleyball net. Tall, formidable, and possessing a wicked spike, she is the captain of the Varsity Volleyball team and a Writing Center Head this year. But for the Berkshire community, that appearance is often eclipsed by a friendly demeanor, as she is known for her fiery spirit both in and out of school.

Shannon is from Darien, Connecticut, and has two younger siblings, Griffin and AJ. Rounding out the family is also a small, white, and fluffy dog named Teddy.

She says that she first got into volleyball in 8th grade because of her friends and that it seemed like a fun sport; “My friends made me do a volleyball thing with her, and after that, I decided I really liked it and wanted to try out for it. It’s really funny though because I was so hesitant to go with my friend to the tryout but now I’m so grateful she supported me and pushed me to go.”

Shannon has been playing ever since, mainly for Chelsea Piers CC, a local club team. As part of the club, she practices twice a week and conditioning once a week. Tournaments take place once every other week. Despite the huge commitment, it hasn’t felt time-consuming or like a burden; “I love all my friends on the team and going to all of the tournaments.”

When asked about her most notable moment in Berkshire volleyball, Shannon hardly skips a beat before diving into an end-of-season game in the 2018-19 season; “Last year, our team had this really exciting (and long) game at the end of our regular season. Winning this game made me realize how much I was going to miss the team and made us all eager for the next season to come.”

As for this year, the volleyball team has seen a major turnover in the form of many new members of the team. One might thus characterize this season as a building year, but Shannon has no such qualms. She says, “I think it’s been incredibly positive so far, and we have a lot of good new additions to the team. We’ve cultivated a really good team dynamic.”

And for any students who are thinking about trying out next year? Shannon cracks into a wide smile. “Go for it! It’s a great group of people, and even if you’ve never played volleyball before, you never know! Always try new things. Try out!”