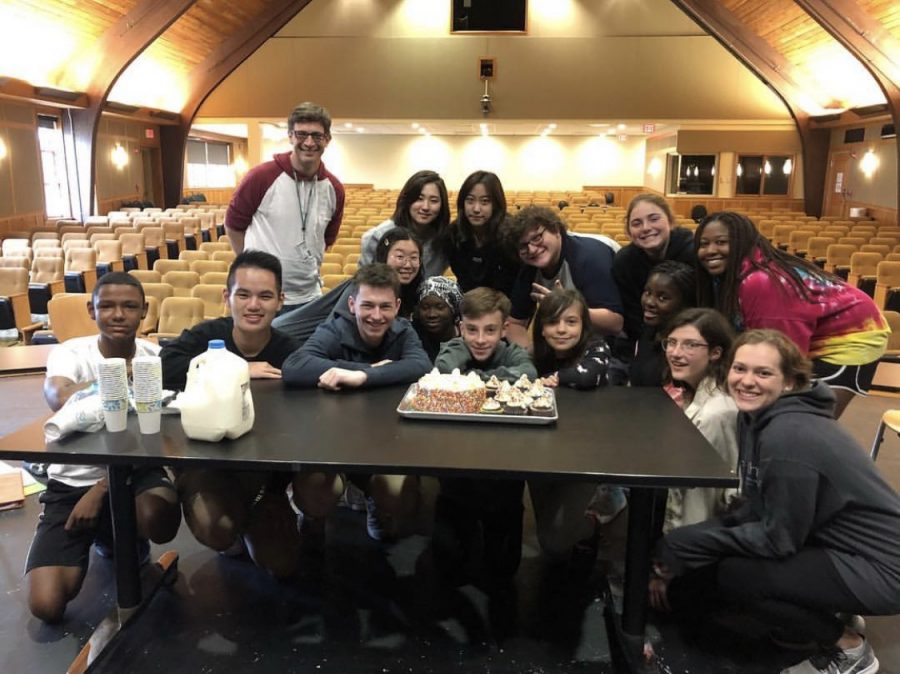 Under the Mountain this fall, the Berkshire theater crew is putting on a production of Nickel and Dimed, a play that is adapted from a book of the same title.

Insightful, compelling, and thought provoking, the show follows a journalist named Barbara Ehrenreich, who is attempting to learn more about working class Americans. She assimilates into minimum wage jobs in the rural United States, and tries to see if she can live off her wages alone for a month at a time in three separate states: Florida, Maine, and Minnesota.

Along the way, Barbara makes connections with workers she meets in her respective jobs, and gets an up close and personal understanding of what many minimum wage workers experience. She finds all of her jobs to be truly back-breaking, and barely manages to get by, but is able to expose the flaws of a society that values profit over labor conditions.

Nickel and Dimed has been a blessing for the theater department, because exploring the message of the play has helped the cast better understand the play’s subject matter, and discover why it is an important story to tell.

According to director Jesse Howard, “Our hope in doing this production is to explore and question the validity of Barbara Ehrenreich’s experiment. Is this a useful walk in another person’s shoes? Or just an exercise in privilege? We hope that this play can inspire conversations in the community about an aspect of diversity that could use some air time: class.”

Mr. Howard has made a distinguished effort to explore the ambiguity of Barbara’s actions and the realities of poverty with the cast, with meaningful results. According to cast member Leo Yang, “I feel like this is a play that has a very profound social meaning that we would like to take on, and we would like to try our best to show it to our community.”

Aside from the complex subject matter, another unique aspect of the play is how many actors are playing at least three or four roles.  Having to rehearse for multiple roles in the same play presents an obvious challenge, but it allows each of the cast members to see the story from different points of view.

Nickel and Dimed will be on in Allen Theater on October 31st, November 1st, and November 2nd, so make sure to mark your calendars, and be prepared to see the United States in a different light.