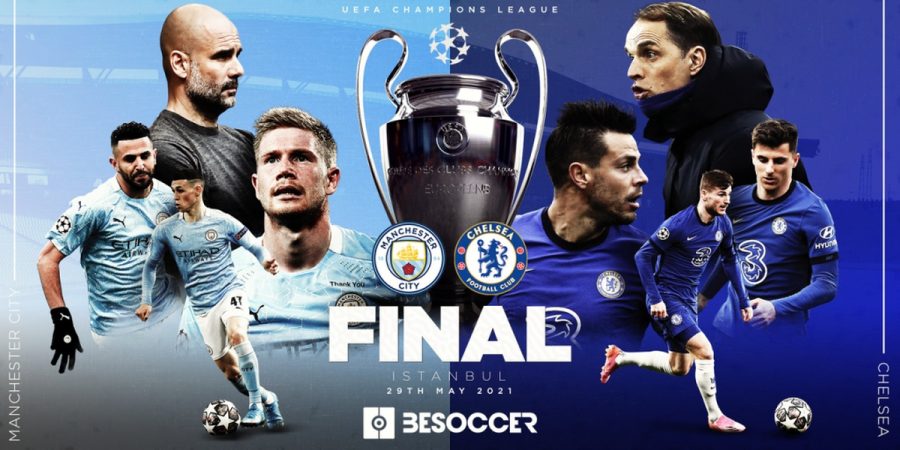 I know you have heard of the UEFA Champions League before. It is the league where the greatest football teams in the world battle it out to see who is this year’s best. Millions of people watch the Champions League in person, online (through suspicious websites), and through TV networks to see the best of the best, because football is more than just a game. I am here to bring this eccentric feed right before your eyes.

This year has been one of many surprises, and with COVID-19 affecting games, and rumors of the Super League, the Champions League games have been sporadic. Fortunately, UEFA has done it once again, organizing games here and there, with no second wasted.

We have now arrived at Champions League finals: Chelsea FC (The Blues) vs Manchester City FC (City). It has been two years since we’ve had a Premier League face off in the UCL finals, the last being Liverpool vs. Tottenham Hotspur in 2019. It has been over ten years since The Blues or City made it to the UCL finals and this year they will battle it out in Istanbul on the 29th of May to make a mouth-watering, mind blowing, and heartbreaking event.

Both teams have gone far and wide this season, with Manchester City sitting at the top of the table in the Premier League and Chelsea not too far behind at third. Manchester City has been cruising at the top of the table, only losing five games throughout the whole season, while Chelsea had a very bumpy journey in the beginning with Lampard until Tuchel, the new Chelsea manager, brought the club back to glory.

Both teams have worked very hard for this moment and I am sure fans are excited to see what strategies, tactics, and formations both teams bring to the finals. Due to Chelsea’s recent win against City in the Premier League, City is definitely working hard to make sure this loss does not repeat itself in the finals. The Blues, having not lost a game in any of their last five matches, are in extremely top form and hope to keep it that way.

Only time will tell if Chelsea can really keep its record, or if City will get its revenge. Who will be the best football team in the world? Be there, be square, and hang tight, for it is about to get rowdy on the 29th in Istanbul. Make your bets, do your research, pray, and be ready to see your predicted champions through. Lets go!!!