Day of Silence 2021 and Breaking the Silence 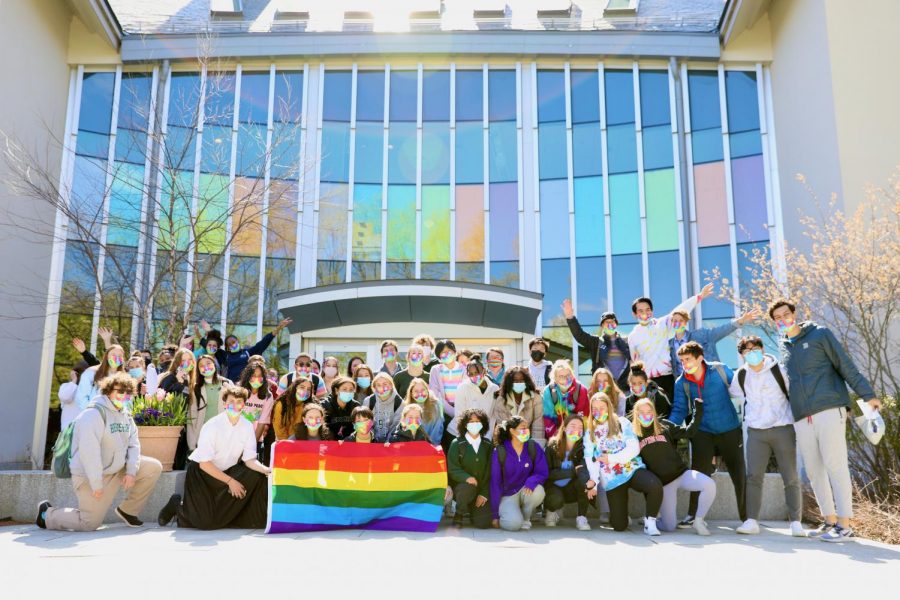 This year, on Friday, April 23, the Day of Silence was celebrated on the Berkshire School campus, marking the beginning of steps towards more representation of the LGBTQ+ community.

The Day of Silence is the Gay, Lesbian & Straight Network (GLSEN)’s annual day of student-led action. It is the day where students and faculty on campus take the vow of silence to spread awareness about the impacts of bullying and harassment of lesbian, gay, transgender, queer, and questioning (LGBTQ) students.

These days, society, particularly the younger generation, has become more accepting and supportive towards the LGBTQ+ community. However, the community and the LGBTQ+ individuals are still silenced each day by anti-LGBTQ name-calling, bullying, harassment, discriminatory state laws, and many other forms of silencing and erasure.

The LGBTQ+ Affinity Group and the Gender-and-Sexuality Alliance (GSA) at Berkshire worked together for months to make this year’s Day of Silence the most successful and impactful day yet. Through weekly meetings, the group gathered ideas and resources.

For students and faculty participating in celebration, Friday began in silence. With rainbow tie-dye masks on their faces, they spent the class day completely silent. At 9:10 am, students and faculty gathered in Benson Dining Hall to observe the historical moment where Daniel Quasar’s Progressive Pride flag was placed right next to the United Nations flag. This redesigned flag  incorporates the trans pride flag and Philadelphia’s eight-striped flag with black and brown stripes to focus on inclusion and progress within the LGBTQ+ community. Despite having some failed attempts, including dropping the pride flag from the flagpole, the flag was officially put up in Berkshire School, a historic moment.

There was indeed confusion among those who were in the dining hall at the moment, as the pride flag is not a national flag, as other flags in Benson are. Still, the LGBTQ+ Affinity Group, the GSA, and all the faculty who have been involved in this process believe that hanging this flag up in Benson Dining Hall signifies that Berkshire School acknowledges the LGBTQ community and individuals. Furthermore, the flag signifies that this school is a safe and welcoming environment and represents the message of inclusivity.

At 3:00 pm, still in silence, the group gathered around Buck Valley and marched towards the front entrance of Bellas Dixon. With Ms. Katherine Simmons’ signal, students and faculty who were silent throughout the day screamed all together, breaking the silence. Silence has long been a symbol of oppression and inaction, but to this day, our silence spoke power.

This year’s Day of Silence and the hanging of Daniel Quasar’s flag would not have been possible without the help of Ms. Simmons, Mr. Mulder, Mr. Maher, and all students and faculty who have contributed in the planning and execution. Thank you, Kyron Stevenson ’24, for organizing and hosting Berkshire School’s first drag show.

As time progresses, I hope to see more Berkshire community members participate in Day of Silence and acknowledge the LGBTQ+ community at Berkshire School. 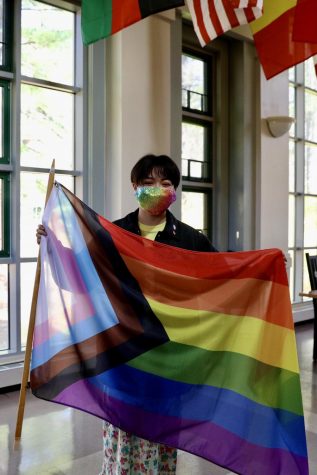