An Interview With Katherine Simmons 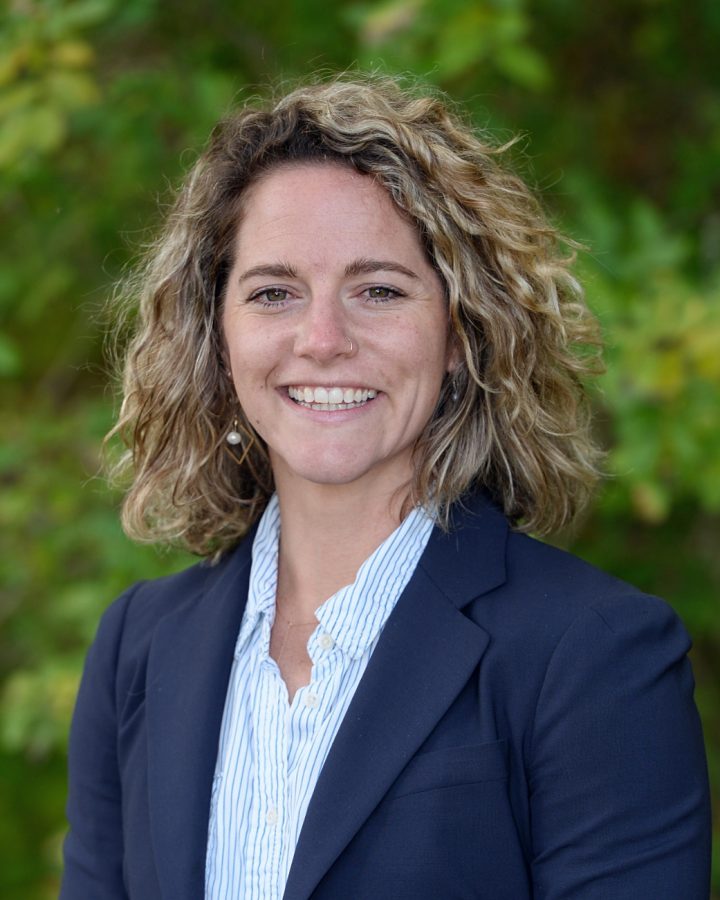 I sat down with BLAST Enthusiast, Yoga Instructor and Varsity Lacrosse Coach Katherine Simmons to find out more about her athletic journey at Cornell University continuing into Berkshire School.

Green and Gray: Welcome Ms. Simmons. Thank you for being here.

Katherine Simmons: Thanks John. Thanks for inviting me over.

G&G: So let’s start early on in your athletic career. What was your early athletic background like growing up at a boarding school?

KS: I think there were two really important factors for me in my athletic development. One is that I

grew up with a twin brother, so we just played catch all the time and climbed trees and were outside.

And I started playing organized sports pretty early on, but also a lot of pickup sports. A lot of wrestling, rough and tumble. I think he toughened me up and kept me competitive and it was really fun. I also grew up on an all boys boarding school campus and a lot of the culture there was around sports. So I was a rink rat and spent a lot of time in hockey rinks on sidelines watching games, cheering and learning. And I think  I learned a lot without even knowing I was going to emulate these mostly male athletes.

G&G: Who were your athletic role models growing up?

KS: Definitely my dad as my coach in a lot of ways and as someone who encouraged us to get out and play and enjoy being active. And he played ice hockey at the University of Vermont. My sister Molly was also an athlete. She was a gymnast and she really encouraged me and taught me a lot.

G&G: You were a captain of the soccer, ice hockey and lacrosse teams at Taft. What lessons did you draw from your athletic experiences there that are still important today to you?

KS: I think I got really, really lucky in kind of my time at Taft. I had the same coaches for each sport, all three years; I know that in my time at Berkshire there’s been a lot of turnover, and I know for some players that can be tough. So I was really fortunate to have really consistent coaching, that was key. And then, we had incredible captains, so I learned so much from those older girls when I was on varsity teams as a ninth and tenth grader. And so I think there was a lot culturally already established about how to lead by the time I was there.

G&G: You have pointed to your first year at Cornell University as a critical period in your athletic development and career. Are you willing to talk a little bit about the elements that came together at Cornell in that year that made it so critical for you?

KS: I think when it came to lacrosse and athletics in general, by senior year of high school, I was really craving a team where everyone really cared as much as I did and kind of geeked out about it and wanted to work so hard. And we came in and there were 12 of us in my class, and there was a big roster and it was serious stuff, like team gear and team lifts and travel. And experiencing that intensity and those expectations was really formative.

G&G: Last year, in 2019, 11 years after you graduated from Cornell, you were inducted into the athletic Hall of Fame. How does that make you feel today? And in those days, did you ever imagine you would become a member of the Hall of Fame? 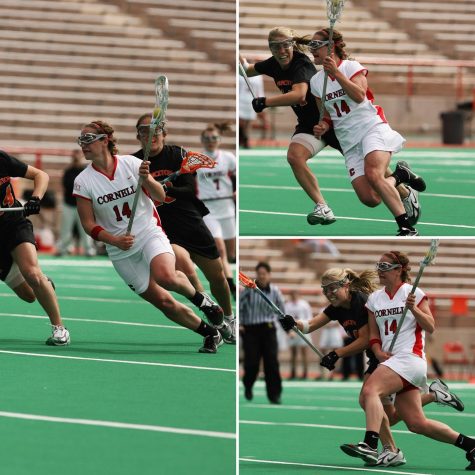 KS: I had no idea. Last summer I got a letter in my mailbox from Andy Noel, who’s the athletic director at Cornell, and I was blown away. I was so surprised, I had no idea. I feel like I’m a really scrappy kind of player, like a hustle, blue collar player. And I didn’t think those players were recognized in the Hall of Fame. It was never on my radar, and what I feel continually more and more is

gratitude for my teammates and my coaches, because they’re the ones who helped get me to a place where I was performing well and performing to the best of my ability.

G&G: On Berkshire’s campus, you are notorious for your optimistic energy not only as a dorm parent, on the admissions team, and as a coach, but also a yoga instructor. When did you first start doing yoga and what has yoga contributed?

KS: We did a little bit of yoga in college, but I didn’t think I was flexible enough, and it hurt, and it was too slow, and I could never lay still for that long. So I really didn’t like yoga. And then I came to Berkshire and a woman named Kate Garvin was teaching math here. She was in Spurr with me and took me to a yoga class in town, where I met this amazing teacher and just started to practice. And despite all of the practices I’d been to and all of the hours I’ve put into sports, I think that’s when I first realized what practice really means. It’s ongoing and there’s not a finish to it. You learn something new every time you practice, it can go any direction. It’s just about like your mindset while you’re doing it. I think it’s made me 100% a better athlete as an adult. I don’t compete the way I used to, but I think it’s helped with injury prevention. It’s helped with being a smarter player. I was always like a bull in a China shop, power over finesse. I think it’s allowed me to have more grace in who I am as an athlete.

G&G: This year, you have helped Berkshire create BLAST, the fitness and workout program for girls’ varsity sports under the mountain. Could you talk a bit about BLAST and what the goals are for girls sports on campus?

KS: This program has come from a lot of listening to our female athletes and how they feel on this campus. It’s not speaking for every single one of them, but there’s some sentiment that there isn’t always the same recognition or support, or ability for the student body to show up in the same way.  There’s no blame here and there’s no shame around it, it’s just acknowledging those feelings. So without having competition this fall, we wanted to work out together and be inclusive to whoever wants to join as long as they wanted to work really hard, because as coaches, we realized that that hard work and enjoying that hard work, is what has helped us find success as athletes. So it’s definitely about equity. We’re having fun and we’re showing that we’re a coalition on campus.

G&G: Berkshire School also has a pretty incredible collection of female coaches on campus. Can you talk about a few of your colleagues and how you’ve seen the group of incredible women come together to support the athletic program here at Berkshire school both related to BLAST and outside of BLAST?

KS: Well, I think I have to start with two people in particular who were my coaches in high school and that’s Jean Maher and Kelly Bogardus. Kelly Bogardus was my hockey coach for four years, and more than that, she was my defense coach. And then, Jean Maher taught me how to play lacrosse. I didn’t know how to play before I got to Taft, so I have a ton of respect for them. Also, Coach Marshall, Coach Woodworth, Coach Plante, Coach McCabe, Coach Driscoll, Coach Tuttle, Coach McKenzie, Coach Carew-Miller, Coach Chambers, and our male coaches who work with female athletes have really stepped up. We want to learn from one another, and we also want to be mindful of the load on our athletes’ bodies and if there’s a way that we can be thoughtful and careful and make sure there’s enough rest and work and recovery then that’s what we’re trying to do.

G&G: Are there any messages that you believe or hope female athletes are hearing more widely and clearly at Berkshire school when you’ve been part of the community here over the years yourself?

KS: I think be yourself and walk around wearing your body with pride. I try to model that, and also I try to spread positive energy, but I have really bad days too sometimes. And I think it’s okay to show up in a bad mood too, and be allowed to just feel whatever you’re feeling that day. And once again, advocate for yourself as an athlete and what you need. We are female athletes, and I think we should recognize that it is different from being a male athlete. Different is good and different can be something special on its own.

G&G: Thank you very much, Ms. Simmons. I really enjoyed this and let’s keep the conversation going. Go bears.