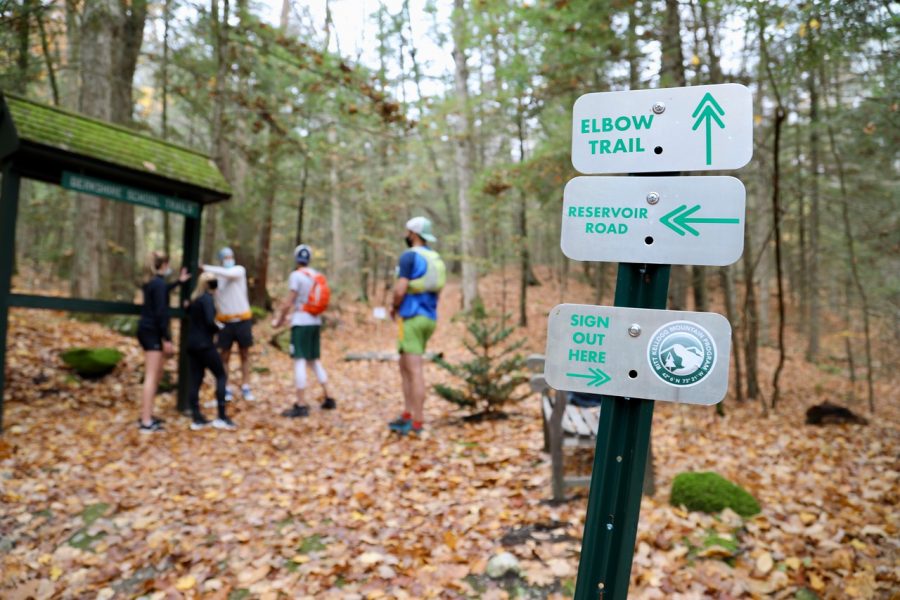 One of the greatest parts about Berkshire is its extensive trails; however, they were due for a makeover. Throughout the past spring and all the way into this fall, Jim Norton and the RKMP students have been working on revamping the Berkshire School trail system.

I spoke to Mr. Norton about his inspiration for this project, which he said was making the trails more accessible. He said, “I think that for students, faculty, and staff without a map and without clear trail markings, people who don’t know where to go aren’t willing to go.”

He also expressed that he wishes to get more students on the trails, saying, “My hope is that students who normally might not go for a hike now won’t be worried about getting lost.” He really pushed for this project during the summer knowing that there would be fewer opportunities to gather inside due to COVID-19, and he wanted to provide more spaces outdoors for the community to enjoy.

Next, we spoke about the process of redoing the trails, as most of them have been here for a long time and have become overgrown throughout the years. For one particular trail, RKMP began by wandering around to find the clearest path to the end. After that, they started clearing with rakes and occasionally they cut down fallen trees. Mr. Norton stressed the importance of the environmental aspect of making trails: “You make a trail and the trail is just trashed. You’ve destroyed the environment, but it’s like two feet wide and it stops everything else from being destr 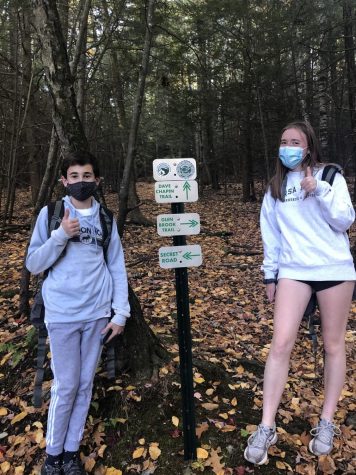 Of course, redoing these trails didn’t come without hardships. One particularly difficult moment was when Mr. Norton had to carry a post and post driver up the Dave-Chapin trail to mark where it connected with the Cabin trail. It was one of the hottest days of the summer, and he initially missed the spot. He also ended up slipping and hitting himself in the back of the head with the post driver.

In the future, Mr. Norton hopes to involve more people in trail maintenance, and possibly have a day where everyone goes out and works on the trails together. He also wishes to create more interest in the RKMP program: “I realize that not everybody is going to have RKMP as an afternoon program so it’s also part of my goal to have people realize there’s more that the program can do than just the afternoon sport.”

I had the opportunity to hike the Elbow Trail recently and can say that their efforts are evident. The trails and markers are all very clear. Going for a hike is a great way to stay active and recharge after a long week so go out and see the new trails for yourselves.